How to Take Care of Exotic Pet Savannah Monitor?

Varanus exanthematicus or savannah monitor after French scientist Louis Bosc is a medium-sized lizard.  It is an inhabitant of sub-Saharan Africa north of the Congo River in tropical savannahs. Here the region gets seasonal monsoons and sporadic periods of droughts. The lizard adapts themselves to a variety of habitats like woodlands or rocky deserts. The lizard spends the greater part of the time basking in the sun or burrowing in the soil.

The terminology exanthematicus is derived from the Greek word exanthem translating into skin eruption or blister. The lizard has big oval scales on its back and neck. In the wild, these creatures cover big distances in search of small prey. In the pet trade, the lizard is from the wild or captive-raised.

The Distinctive Features of Savannah Monitor

These lizards are stout with comparatively short powerful limbs and toes. These they use for digging. The blunt peg akin teeth and powerful jaw are adapted to kill and eat hard-shelled prey. The tongue is forked. The scales on the body are large. The midbody accommodates less than 100 scales. The tail is laterally compressed. The maximum size of this lizard is 100 cm. The life expectancy is 10-15 years.

The nostrils are situated closer to the completion of the snout. The skin color decorations differ based on the local habitat conditions. Mostly the lizard is tan to grey with a shade lighter design on the back, sides, and tail.

Females lay about 40 or more eggs in a dugout deep hole. The hatching takes place in 156-160 days. Hatchlings begin to feed once the yolk sac is absorbed which happens in 12 or more days.

How to Take Care of Pet Savannah Monitor?

There are many animal species that people can keep as pets in their homes. For example, there are small animals such as hamsters or fish and there are some bigger animals such as reptiles or birds. Other people might prefer to have a dog or a cat.

One should always be aware of the responsibility that comes with having a pet inside the home because they need to be fed and taken care of. In this article, we are going to talk about what one should feed savannah monitor at home.

How to Set Up Habitat for Pet Savannah Monitor?

Savannah is usually kept in a big cage with absolute environmental control. The care required is extensive and not suggested for beginners. The chances of lizard escaping are great. So, the cage should be enclosed from all sides and locked up. By a rough estimate, a hatchling and juvenile lizard can be accommodated with ease in a 55-gallon aquarium till it attains the age of six months.

For adults, the cage should at least be twice its length. Its dimensions should be 8-feet in length, 4-feet in width, and a minimum of 3 feet high. Place a big water dish in which the lizard can submerge its total body. Feces cleaning should be cleaned on daily basis. The cage needs committal every two weeks.

Savannah is active in the daytime and may conceal itself in the burrows if it is hot. They use their tongues continually to sense the surroundings especially when they happen to be eating.

What to Feed Pet Savannah Monitor?

In the wild, the lizard survives on gut-loaded invertebrates small prey food like rats, lizards, insects, crickets, millipedes' grasshoppers, mealworms, cockroaches' snails, etc. Thus, the Savannah monitor is carnivorous by nature. At home along with the above choice, the lizard can be served low-fat meals such as egg whites. The risk of obesity should be avoided.

The adult lizard diet can be dusted with calcium carbonate or calcium gluconate supplement on weekly basis. A general vitamin and mineral supplement may be given once a week. Adults need to be fed two or three times weekly. The young ones can be served with crickets as well as pinkies. As they grow bigger give them the exercise of chasing the cricket. A tiny portion of high-quality low-fat canned dog food can be served to hatchlings as well as juveniles. A healthy well-fleshed lizard can sustain hibernation and breeding season very well.

As a precaution give the lizard prey by dangling it as you hold on to forceps or kitchen tongs. In case the prey is frozen defrost it completely and then warm it a little before feeding. The growth spurt is within the first 2-3 years. The diet demand will accordingly increase. Savannah Monitor Lizard is prone to obesity. Feed adults once a week. Set the lizard in a routine.

What are the Health Issues of Pet Savannah Monitor?

The common monitor sickness of the Savannah Lizard is treatable by an exotic vet. Some of the diseases are

A healthy monitor has smooth skin, absence of mites, tiny reddish-brown spots all over the face, bright clear eyes, rounded full-body, and sturdy even smooth jawline.

Idea Of Keeping Pet Snake May Not Be That Dangerous
What To Know Before Having Degu As A Pet?
Keeping Squirrel As A Pet - Care, Food Habits And Everything Else

Some of the commonly asked questions about pet savannah monitor are answered below.

Is Savannah Monitor a Good Pet?

Monitors are highly active and endure handling. It is not a pet for an amateur owner. At times they do not survive captivity. The demanding care routine is needed to keep them healthy. Many beginner pet owners abandon their pets once they are adults as they get demanding. Consistent handling from early-stage tames it. These lizards move unreasonably, they can be curtained with front legs held back along the body and behind legs along the tail.

Can a Savannah Monitor Kill You?

Monitor lizards happen to secrete venom but it is not lethal to humans. The cause of worry should be the possibility of bacterial infection from the bite.

These monitors are docile species and generally run away from humans. They do not target attacks on humans unless threatened. If the monitor is handled frequently it becomes aggressive leading to a bite. The teeth are tiny but sharp. The claws can scratch as well. The long heavy tail is used as a whip to protect themselves. There is a hissing noise. The monitor becomes aggressive if under attack or if another monitor encroaches on its territory. What To Know Before Having Degu As A Pet?

The common mammal Degu or Octodon Degu is a tiny rodent. It is found in central and northern coastal Chile. It resides at an... 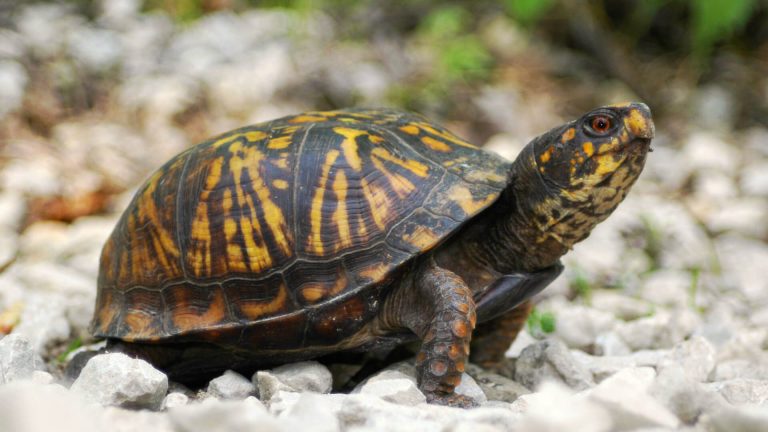 The eastern box turtle, also known as the common box turtle, is a popular pet due to its timid nature and native range in the...

Keeping Corn Snake As A Pet - Know Everything

Corn snake or Pantherophis Guttatus is a kind of rat snake from North America southeastern and central region of America...